A busy weekend kept me away from my crafting this past weekend.  We had a very successful evening of one act plays on Saturday night and between that and dress rehearsal and wedding things I stayed pretty busy.  But I did whip together some thank you cards for Matt to give to his two actors (it was his directorial debut!) The play was about two lobsters in a tank.  I don’t have a lobster stamp, and we couldn’t find any lobster embellishments either (apparently crabs are the only choice) so I tried to make the card as bubbly as possible.  Some scrap paper, circle punch and a little glitter pen and ta-da! 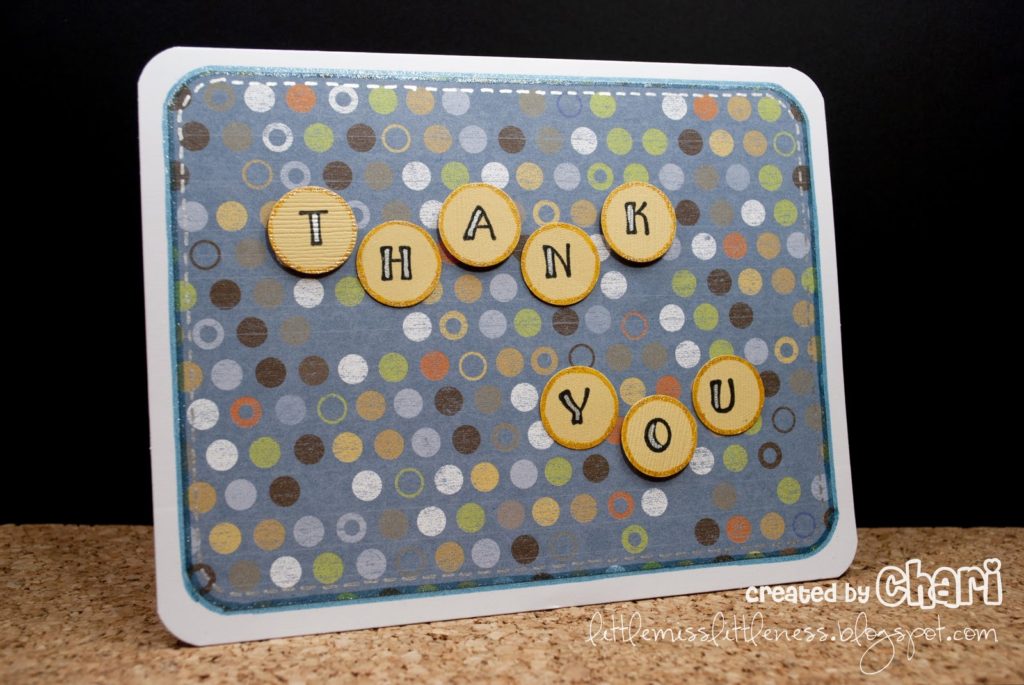 On another note, wedding planing is coming right along.  Today I finished up part of our wedding favors.  Now don’t you just want to take one of these little jars of “milk” home with you! They are actually french vanilla jellybeans (19lbs of Jellybeans, wasn’t that a fun package to get at work!) I cut out the little tags with my cuttlebug and used Lawn Fawn’s Harold’s ABC’s for the lettering. 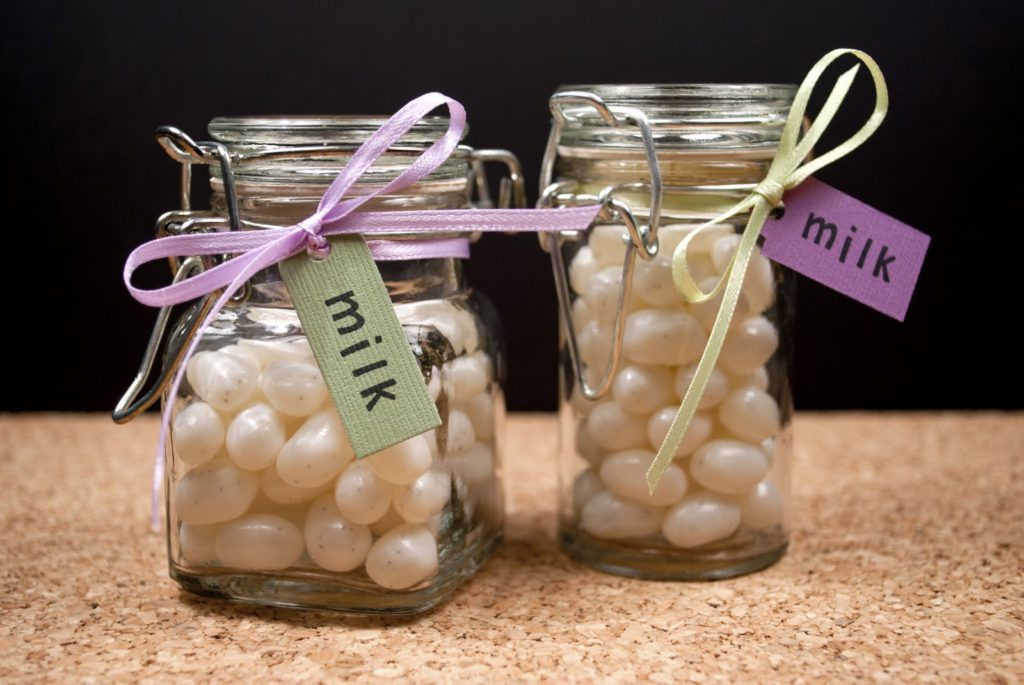 2 thoughts on “small thanks”

All Content, including text, photos, & designs are © Chari Moss. Designs are for inspiration & personal use only and may not be copied without permission.

Affiliate links may be used for products at no additional cost to you. Shopping through these links is a way of showing your support for the extra time and effort required to share content and link products.